Hi guys! I don’t know about you, but for a four day week, this has been a long one. So to switch things up a bit and keep myself entertained, I decided to ditch the new makeup to try something I’ve seen come up on YouTube a few times, and test an old product. I’m going all the way back to my roots, and revisiting the original Urban Decay Naked Palette.

If someone asked me what brands were popular back in the early days of YouTube, I would have one answer: MAC. There were other names mentioned from time to time, but most people used MAC pretty exclusively. Then the Naked palette came out and suddenly, it was everywhere: everyone had it, or wanted it. And I finally got it, back in December 2011.

Yikes. I know, it’s old. It’s so old, it came with the old, single-ended flat shader brush (which is awesome and has been used a lot). Look at the state of it! The velvet’s dirty, the writing is faded, I’ve hit pan on a few of the shades and, what’s this? Oh yeah, I stepped on it and broke the mirror. I know. I should probably get rid of it and buy a new one. I just just can’t bring myself to throw it out though. Plus apparently 7 years ago, I paid £35 for it and it now retails for £39.50; would I still think it worth spending my money on it?

I have seen a few people mention this palette recently and other than Tati, they didn’t seem to like it anymore. Their biggest complaints were about the lack of pigmentation, and the fact that the shades muddy together on the eye. Now I couldn’t remember having these problems, but I hadn’t used it in a good couple of years at least. Clearly, it was definitely time to revisit it.

The palette contains 12 shades. That’s 2 satins, 2 mattes, 7 shimmers, and 1 metallic. You read that right: 2 mattes. It’s one of the other complaints people have had about this palette, but I’m not too bothered by it. To me, that’s just a reflection of the age of this palette and the trends at the time: all matte looks weren’t as popular back then as they are now. I could see this being a problem for anyone with darker skin, but for me the two matte shades work just fine, and I appreciate the variety in the rest of the palette.

Now I remember loving this palette, so much that I have actually managed to pan Virgin, Sin, Sidecar (unfortunately not available as a single shade) and Half Baked. I tried using it every day this week for work, and I have to say: I think the magic is gone. While the shades look fairly varied in the palette and do swatch well, they end up looking pretty similar on the eye: Darkhorse and Hustle don’t look very different when used in a look. I also found that I struggled to blend the shade Buck, although I was using a cheap brush, and I was working pretty quickly to get ready for work.

I created some daytime, smokey brown looks with it, but I kept feeling like they left my eyes looking a bit… well, dirty. Not exactly what you want from your makeup. The eyeshadows do just muddy together into a bit of a dull mess. The Too Faced Chocolate Bon Bons palette always give me the same result, so I initially put it down to the cooler shades which both palettes contain. So then why does this not happen with the Subculture palette, or even the Huda Beauty Smokey Obsessions? After all, if you put the latter next to the Naked palette, they actually have a very similar colour scheme, minus the more purple tones in the Urban Decay one.

I think the answer is simply pigmentation. In general, eyeshadows have come a very long way since this palette was first released and we have become accustomed to very bold formulas, even with more neutral shades. So in comparison, the Naked palette feels a little disappointing: the colours do look similar to each other, they don’t all blend very well, and some of the shades are patchy, with Creep one of the worst offenders. It’s quite upsetting to admit considering how much I used to love this palette.

I turned to YouTube for some inspiration this week. No one else’s looks were as scruffy as the ones I came up with, so maybe that part is down to how long ago I bought mine. All the looks were definitely more nude than what I normally go for (I guess there’s a reason is called the Naked palette), so for today I did try to go for something more modern and bold (I used photos from katherinesouzamakeup for inspiration). I like how it turned out, but I could have done with stronger pigmentation. Still, not bad for a first attempt! And of course, you can find the full list of products used on my Instagram. 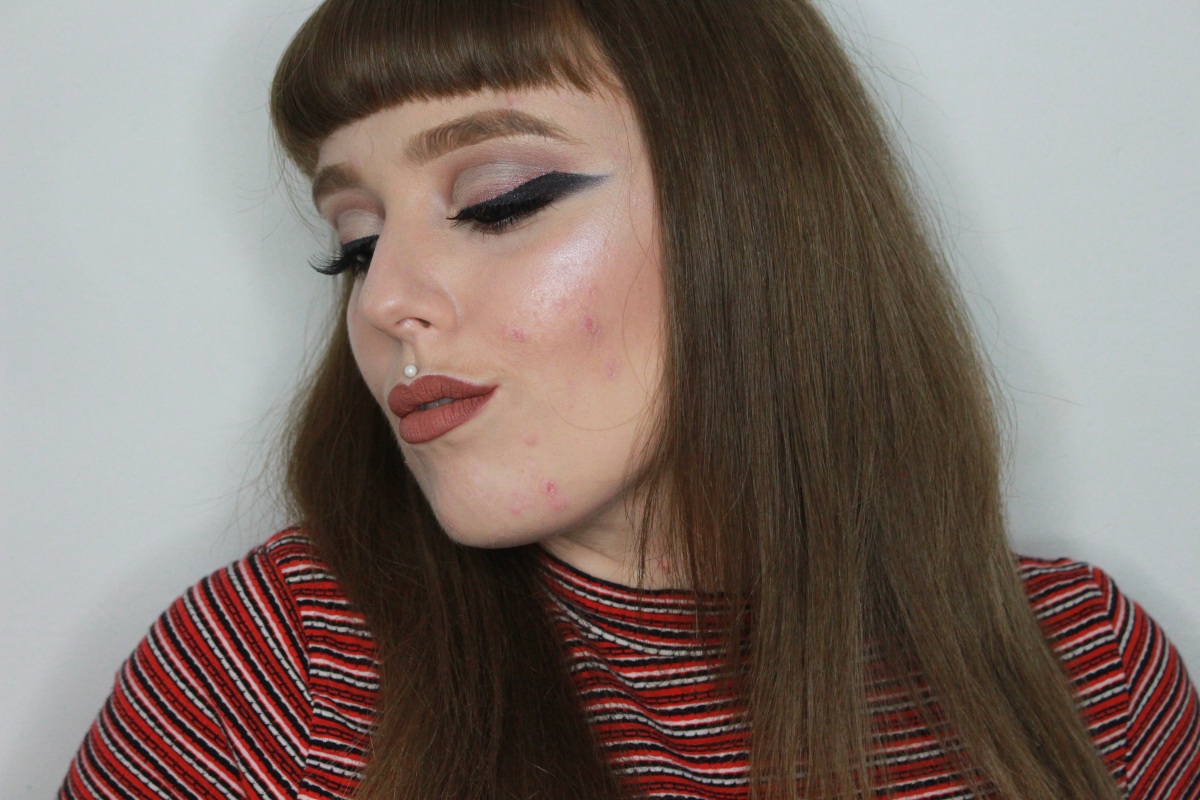 Even if you do prefer more natural makeup, I’m not convinced I would recommend this palette. I don’t really think it’s worth the price tag anymore. Eyeshadow formulas have improved enough that you could find something of similar quality from the drugstore now. I haven’t tried it myself, but Revolution’s Iconic 1 is a known dupe for it, and it has a lot of good reviews for £4.

What about you? What was your first favourite makeup item? Let me know what they are in the comments section!

Let me know what you think! Cancel reply